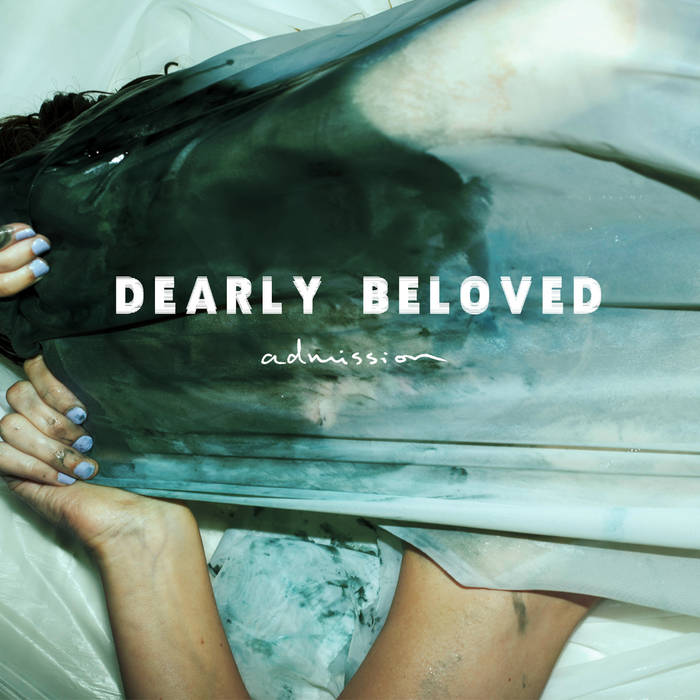 The main thing you need to know about Dearly Beloved is that you'll hear them coming: they generate a furious sonic rumble that resonates from deep inside themselves, shaking the foundations of all you hold dear, and it's one of the loudest sounds you'll ever hear.

But for the more curious among you, some facts:

Co-vocalist Niva Chow wails, mesmerizes and hypnotizes like a banshee.

Together, they thrash and howl and harmonize and bring equsl parts melodiousness and dissonance to spin tales of defiance and exploration while maintaining a sense of humor and fun in the face of hard times and modern absurdity.

They tour constantly, in their native Canada, in the UK, all over Europe. Fully-fledged keepers of the rock n'roll flame, but with the speed and primal energy of hardcore punks like Fear and Black Flag mixed with the brooding 'eaviosity of Sabbath and the his/her vocal interplay of The Pixies.

For their past releases (the band has been - ahem - "putting out" since '06), it's been all about immediacy, intensity, capturing the moment as it happens. This time around, for the imminently forthcoming Admissiion, a slightly different approach...

The first "first" of note: working with a producer. Daniel Rey (Ramones, Misfits) is the first studio maven the band has entrusted to sit behind the control board, and hs techniques were strenuos even for a notoriously hard-working band.

"We played fifteen of the songs we'd written for the album live in a small, sweaty rehearsal space in East LA. Eight hours a day, every day, for a week for Daniel" recalls Higgins. "The twelve tunes that were still standing after that, got recorded. In 14 days. (Recorded at Dave Grohl's Studio 606, on, you guessed it: the famed, custom built, '70s-era Neve 8028 analog console that gave us Nevermind and more than a hundred certified gold and platinum rock records.)

Luckily, another first for "the Beloveds" this time around was the fact that at least some of the songs were already road-tested, and had been forged-if not born-on tour. That could be why Admission, multi-layered as it is, might be the closest the band has come to capturing their relentless stage energy.

So, still a sense of immediacy and intensity, but tempered with thoughtfulness, shrewd reflection, and, it must be said, maturity. The band's sound and subject matter are as raucous and severe as they've ever been, but they're clearing coming into their own, growing into the space they've carved out for themselves, expanding their dynamic range in every sense.

Says Higgins: "Admission has plenty of darkness, and heartache, but there is also love and empathy. Dearly Beloved began as an outlet during some dark times that brought some close friends closer. We described our first album (You Are The Jaguar, 2006) as 'chaos tempered with love and delivered with great fury.' That still applies. Maybe now more than ever.

Featured sounds by K.Spark and WIZDUMB, plus Basi joins the show to discuss his latest release.