'YOU ARE THE JAGUAR' 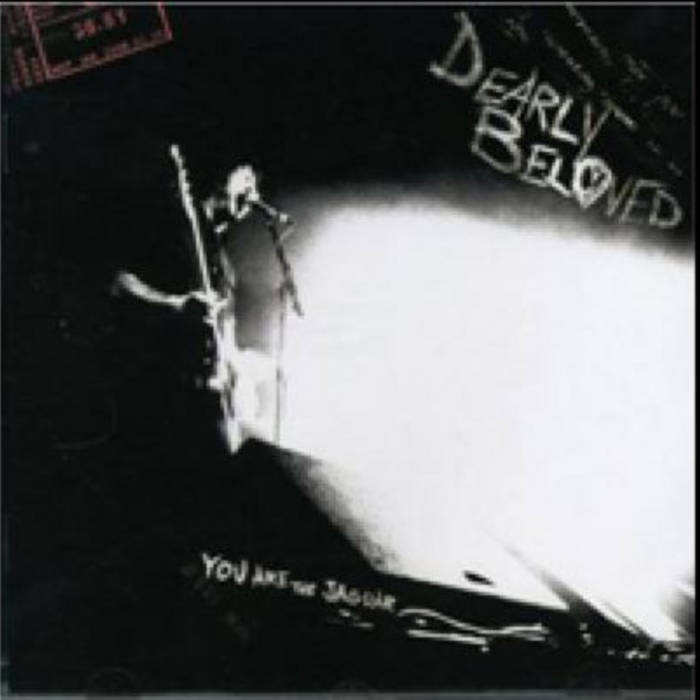 Dearly Beloved is an exciting new project formed by Rob Higgins (ex. Change of Heart & Doctor) with influences from 70’s UK punk to early 80’s pop to Detroit rock and roll. Already gaining a buzz for their explosive live shows, Dearly Beloved’s debut album You Are The Jaguar is set to be released on July 11, 2006 on Kindling/Warner Music.

The band’s debut, You Are the Jaguar, was written, produced and recorded by Higgins at Orange Studios and in his home studio Phoebe Street. “The prettiest sounding moments on the record are the darkest in terms of subject matter,” says Higgins, “and the most brutal and sonically punishing moments are actually the happiest. It is a survival art record.” “The Butler Routine,” “Acquiesce (These Times Are Underrated)” and “Perils of Snap Decisions” are great examples of those moments.

You Are the Jaguar is not a traditional solo album; it documents life experiences from the perspective of one man yet is buoyed by the generosity and love of close friends. That bond is evident when you see this group live and is also an essential ingredient in making Dearly Beloved stand out from the rest. Higgins describes, "Now, it's all about Dearly Beloved. Chaos tempered with love and delivered with great fury.”

“Dearly Beloved were gathered in front of the crowd this night to rock and fucking roll, and nothing else. With the help of a female vocalist and a frontman with enough spark to light a fireworks show, this band put on a solid show.” - Phil Villeneuve, Chartattack

“…Toronto's Dearly Beloved is onto something with their full-length debut, an album crammed with everything from punk to shoegaze, alt-rock and a bazillion little subtleties. Creative driving force and singer Rob Higgins is more than able to handle the constant musical forays, and the rest of the players have plenty of their own fire to throw into the mix.” - Evan Davies, Now Magazine

Featured sounds by K.Spark and WIZDUMB, plus Basi joins the show to discuss his latest release.