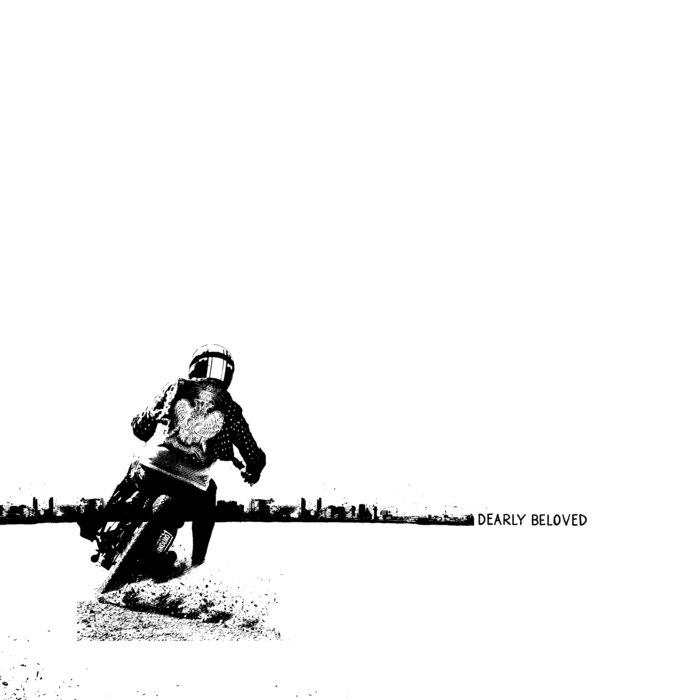 Tim Grady Saw these guys last night at Scala in London supporting Swervedriver and they were immense. So much energy. Very impressive indeed. Catch them live if you can. Had to download a couple of their albums today as a memory of a great evening. This record does not disappoint either. If you are into frenetic scuzzy rock you will love this! Favorite track: Olympics of No Regard.

DEARLY BELOVED is a monster of a band. Echoing through the snowy valleys and the jagged edges of the Great White North come the rapid, urgent bass lines of Rob Higgins and the confrontational wails of co-vocalist Niva Chow. The pair drive their music forward like an apocalyptic oil tanker from some Mad Max-ian dystopic future. Bred for the road like a rabid beast, Dearly Beloved tours non-stop, opting for frequent jumps across the pond to the UK and Europe when their home base of Canada simply becomes too small for their ferocity.

Although fully-fledged progenitors of the stoner rock tradition, their influence has as much to do with Fear and Black Flag as it does Kyuss and Black Sabbath, mixing the speed and primal energy of hardcore punk with the brooding and psychedelic atmosphere of those in the stoner camp. All you need to know about Dearly Beloved is that they create a gigantic rumble, resonating somewhere deep within the earth below you: it shakes the foundations of your soul, and it might be one of the loudest sounds you’ve ever heard.

Their latest album “ENDURO”, available on LP worldwide via Aporia Records, was recorded in ten maniacal days at Joshua Tree’s Rancho de la Luna, overseen by Dave Catching (Eagles of Death Metal, ex-Queens of the Stone Age) with Higgins himself at the controls. The band spent another ten at Phoebe St., their own studio in Toronto, to finish tracking before the album was given a pristine mix down in Seattle by Grammy Award-winning producer, Adam Kasper (Queens of the Stone Age, Foo Fighters, Soundgarden, Pearl Jam). Enlisting an A-grade lineup of contributors such as Chris Goss (Masters of Reality) for some trebly and frantic guitar duties and Los Angeles-area drum guru Dave Elitch (Killer Be Killed, Antemasque, ex-Mars Volta) as well as Canadian indie rock lone wolf, Eamon McGrath, the record is a document of the ballistic energy laid to wax when four Canadians leave their winter climate for a psychedelic and drug-fuelled experience deep within the heart of the High Desert.

Like the band itself, "ENDURO" is road tested: Higgins broke the record in at full volume, blasting through the Mojave at top-speed to make sure the message was being accurately sent, right before returning home to Toronto to begin his rigid touring schedule. It’s a record built for breaking boundaries, both physical—volume, speed, strength—and musical, in the way it effortlessly mixes countless genres that all have one thing in common: that they’re as loud as fuck.